Ladies and gentlemen, week one is officially over. We’ve driven all the way from Pennsylvania to the dirtbag mecca, Moab. We’ve avoided time sucks like seeing the world’s largest golf tee, but managed to enjoy every second of our last-minute stop at Dinosaur Journey in Fruita, Colorado. Aside from the butt numbing hours of driving, we’ve packed in an enormous amount of adventure, fun and alternative experiences.

(If you want a peek into how the national parks were formed and the unique parts about them, check out Like “Ask Paula” in the Newspaper, But Geology)

Gear stuffed into our small car, mother crying and gas tank full, we rolled out on our massive road trip. We took I-70 West to check out the St. Louis Arch, which was beautiful in the setting sunlight. However, an hour before we reached the Gateway Arch, I remembered my friend lives in Kansas. Perfect, right? I texted him and made sure we’d be good to go, but that’s when I realized he lived in McPherson. That drive would leave us arriving at 1:15 a.m. Thankfully, he’s a gem and let us crash at his place that late. So, after a few swerves to avoid armadillos and turtles on the road, we’d clocked a solid 13 hours of driving. 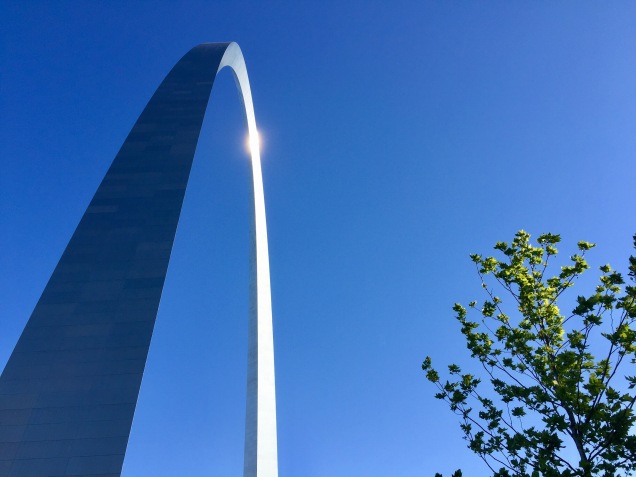 We started off early so we could get the rest of Kansas out of our way. I can honestly say I’ve never seen so much flat land in my entire life–we were thankful to reach Colorado early in the day.

Once over the border, we beelined it for Pike’s Peak in Colorado Springs. The mountain is home to the annual Pike’s Peak International Hill Climb, a rally car race which should indicate how scary this drive can really be. I was nearly sweating buckets as my brother drove the hairpin turns up the mountain in our power-starved vehicle (as Evan keeps saying, “should’ve turboed it in Denver”). The stress was worth it as we got a bird’s eye view of Colorado (and a jump or two in the snow).

Spur of the moment, and on an adrenaline rush from the ascent, we popped into the Manitou Cliff Dwellings. These are ancient stone homes built by the Anasazi into the face of the cliffs to protect their tribes. It was a great exhibit showing the amazing capabilities of ancient Native Americans. 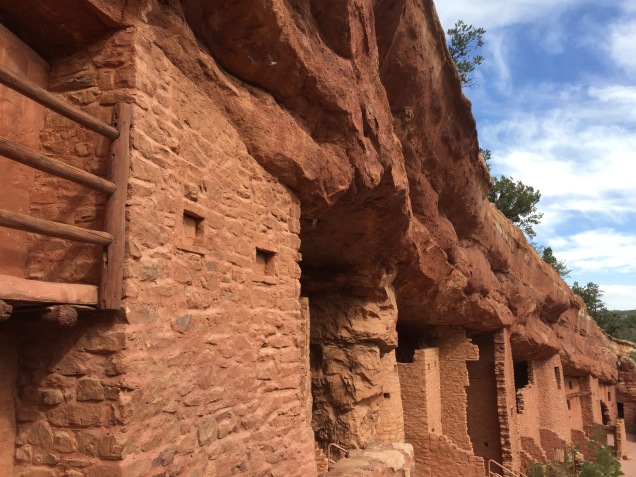 After our quick history lesson, we met a friend in Denver for great Mexican food, a chat with fellow Pittsburgh Penguins fans and a place to catch some sleep.
Day 3:

We said our goodbyes to the friend and his adorable cat, swapping the feline for a much heartier animal–the snowcat. We headed up Loveland Pass, gaining our first sight of Arapaho Basin Ski Resort, while crossing the Continental Divide. With our rentals in tow, we hit the slopes. It was an amazing spring day, with all of the spring skiing gear on display (check out our Spring Ski Gear Guide coming soon). 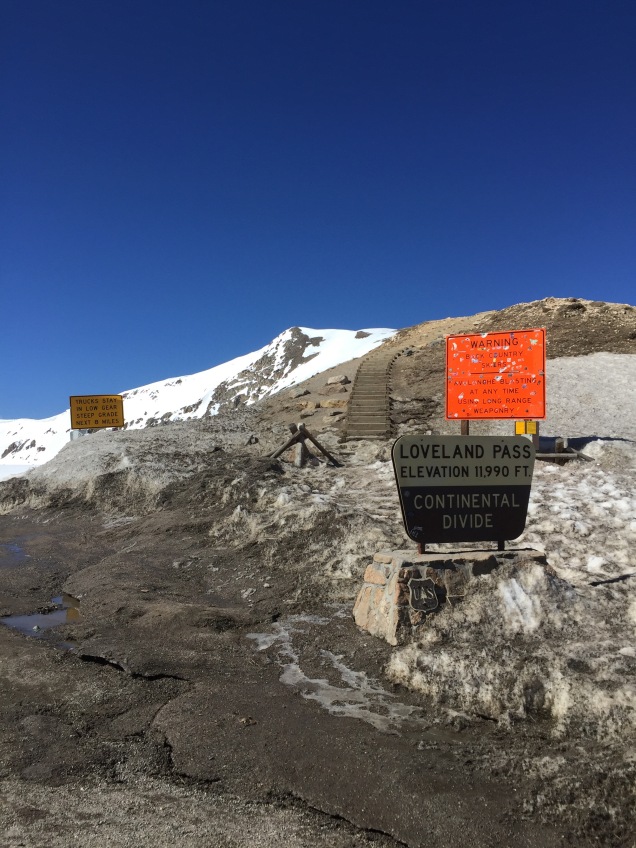 After our legs could no longer stand to feel the burn, we made a quick stop in Rocky Mountain National Park. Unfortunately, we found out it wasn’t fully open for the season just yet. So, with a moose sighting checked off the list, a snow storm coming in and only a three season tent, we began our drive to Moab, Utah.

As it got dark, Evan and I began checking camp sites to pitch our tent. The places we found wouldn’t let us tent or even sleep in our car. So, we plopped ourselves in a hotel parking lot and slept on our seats.
Day 4:

Under the camouflage of a massive garbage truck, we emerged from our car without being seen by the hotel employees. Stealthily as we came in, we left to begin yet another day of driving. In Fruita, we saw a sign for Dinosaur Journey, and couldn’t help but stop in. It was a great mix of being a kid again and cramming in some more history lessons. The woman in the museum told us to check out Colorado National Monument as we walked out the door. We did just that and got pelted in our faces with hail that was swooping up from the bottom of the valleys. It was a sweet way to encounter such large cliffs.

Once in Moab, we snagged our camp spot in a KOA and ran through Arches National Park for a quick peek in the rain. With nothing else to do, we caught a movie. Getting back to our site so late, we couldn’t disturb the other campers with our cooking–we saved our dinner for the next day.
Day 5:

Unorganized and flopping around, Evan and I got a late start. That dinner we saved from the last night had to be cooked in the morning, so we waddled around with food babies while prepping for our day.

With the late start, we got stuck in a long line to enter Arches National Park. But it was worth it because today we would do our official tour through the park in the better weather. We hiked to Tapestry Arch and Delicate Arch while we upped our game to scrambling to catch views around Sand Dune Arch. After maneuvering through the crowds and hiking quite a ways, Evan and I were wiped. We snagged a bite at Miguel’s Baja Grill in downtown Moab and slept off our day.

Evan and I moseyed around Canyonlands National Park today. We took a few short hikes to catch views of the vast crevices and got to see some more ancient stone housings on the mesas and in the cliffs. With such a short day, we stopped by Spokes in downtown Moab for a much needed ice cream shake. 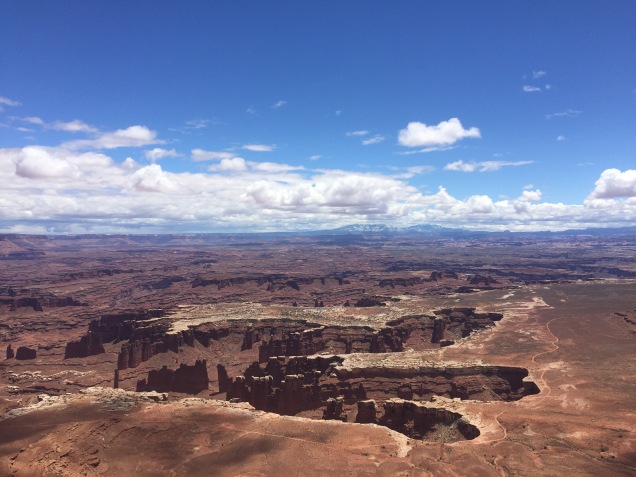 Look out for our next post to get more insight on what to do in places like Capitol Reef, Grand Staircase, Bryce and Zion National Park! I promise the next update will be shorter as I will be posting more often.

7 thoughts on “Big Trip Week One”