Authored by Not Wanderlust’s head geologist: Evan Dismukes
Yay Granite! I was finally able to stand on something that wasn’t just red sandstone. As we continued west, we drove through the heart of the Basin and Range province (a place I’d experienced during field camp), the SoCal coast (where I witnessed the oil production for myself) and north toward the rainforest. We have continued the tradition of rallying our Golf in places it shouldn’t be and witnessing the local “medicine” (of which doesn’t pertain to geology, so it’s not in this post).

Batholiths: large magma chambers under the surface that cool and solidify.

Basin and Range province: a vast geographic region that covers much of the inland Western United States with a series of ridges and valleys caused by the stretching of the crust and faulting.

Intrusions: rock formed from magma that cools and solidifies after forcing its way through pre-existing rock.

Anthropocene: the period during which human activity has been the dominant influence on climate and the environment and is used with debatable validity.

Suns out! Guns out!: “the act of showing your guns when in the presence of a day with heavy sun.” (Urban Dictionary)
While rallying down the road into Gold Butte, I was not thinking about the geology at all. This is partially because we were in the hot desert wasteland that is Nevada, but mostly because this “road,” while paved, was questionably passable by rally cars let alone our VW Golf. Eventually, the questionably passable became impassable. So, while Cat was learning that she can’t face upwind while using her SheWee, I was looking at the surrounding rocks. We had made it to a spot called Whitney Pockets which, from the “road,” I could tell was a large piece of sandstone with little holes or “pockets” eroded out of it. Behind the sandstone looked to be a mound of volcanic rock that had pushed the sandstone up and out of the way, but I couldn’t be sure. So, now I’m sitting at Oregon State, snagging some free WiFi and doing some research to better educate you (and if you wanna go into some hard core geologizing, here is the paper that I used to fill in the blanks for Gold Butte: https://pubs.usgs.gov/sir/2006/5197/sir2006-5197c.pdf).

The Gold Butte area is pretty much the southern tip of the Basin and Range province. This is where the crust has been pulling apart, allowing some pieces to be uplifted and some to subside. Now, there is apparently a decent amount of granite that was formed here about 2 billion years ago before the sandstone layers were deposited on top. The faulting in this area has exposed granite, as I expected, at Whitney Pockets. In addition to the OG (original granite), there is a lot of volcanic rock that did work its way through the existing rock to create intrusions. None of this we got to see because 1: we were rallying and 2: I was making fun of Cat for her lack of knowledge on how to urinate while in a standing position.

We left Gold Butte and headed to the Hoover Dam via the Lake Mead Recreational Area. The recreation area is merely the same stuff as Gold Butte: a lot of sandstone, some of it uplifted and facing cool directions. But then you get to the location of one of the most impressive Anthropocene rock formations in the world. It is located just below the hill where we had a really mediocre lunch at a solid B-grade casino. It’s called The Hoover Damn. Ok, so it’s not a rock formation. Also, Anthropocene is debatable as a real definable era in the rock record, but it was more interesting than Vegas and we didn’t even get out of the car.

After passing through Vegas and driving through eastern California, realizing that the Golf is just generally power starved with or without high elevation, we headed to Santa Barbara.

My favorite part of this area was seeing all the oil production that went on in L.A. Los Angeles, from what I understand, is literally all of southern California since it’s pretty much one continuous city. Back to the oil; being a geologist, I had heard that SoCal was a bunch of faults and a bunch of oil, although I had never seen it for myself. It was cool to see the oil platforms off the coast because they are such an amazing feat of engineering. We also saw the Astronaut Islands. These are man-made islands off the coast that were built to place drilling rigs, but they are the only ones in the world that are landscaped to hide the drilling operations from beachgoers. Finally, there were all the pumps or “iron horses” that were sprinkled in amongst all the homes and businesses along the coast which was a very odd site. The reason the iron horses can be there is because most of the wells are so old that they predate any of the development in the area. Otherwise, I’m sure people probably wouldn’t let them in their backyard.

After I satiated my interest in the oil rigs and we got some showers, we headed to Death Valley. It was 108 degrees and 282 feet below sea level. This valley is still subsiding while its valley walls rise, all as a result of the Basin and Range province’s faults. It is occurring at such a fast rate that the erosion and deposition can’t keep up, which is why the valley floor is below sea level. I forget why it’s so hot here though–I think it has something to do with a Chinese Hoax, but I’m no meteorologist. We got to see our first salt flats and our first set of sand dunes here which was also pretty neat despite the heat at 7 a.m.

We left Death Valley and continued to fluctuate our elevation by the thousands of feet on our way to Sequoia and Kings Canyon National Parks. I was pretty stoked to get here because I could finally experience something other than sandstone and hot temperatures.

Now, I clump these two together because they share the same geographic area and geology. It doesn’t make sense to explain it twice unless you weren’t paying attention like during high school English class. These parks are in the Sierra Nevada mountains. The Sierra Nevadas started out as batholiths. After California decided that it’d be cool to be a part of America for a while, these batholiths became uplifted, encouraging the overlaying dirt to be eroded and expose the granite. As time went on, these areas continued to be carved out by massive glaciers to form the parks as you see them today. 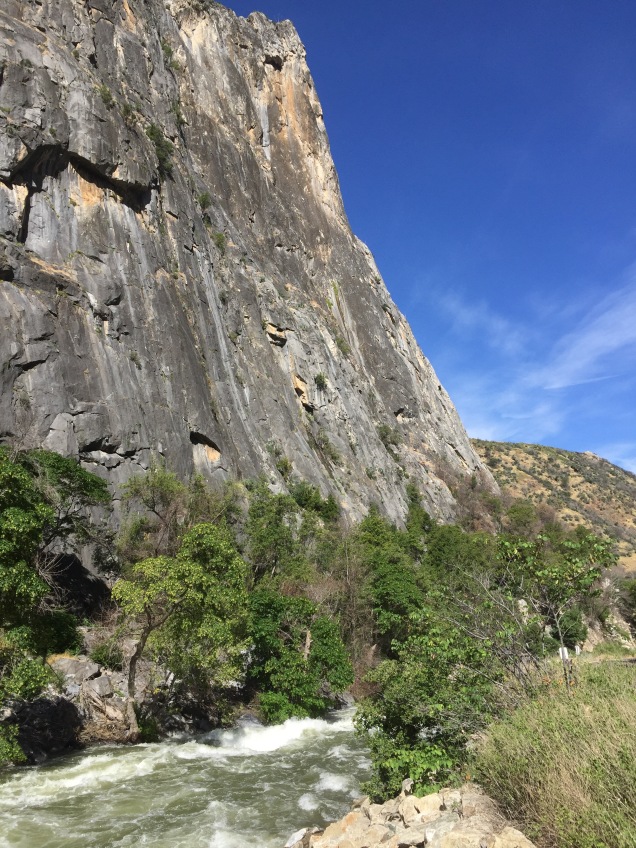 Now, when I said I wouldn’t explain the Sierras twice, I lied because now we’re at Yosemite. This area is also part of the exposed batholiths that make up the Sierras, and it was also carved out by large glaciers. But they have Half Dome! And El Capitan! (Or El Cap as it’s called by people “in the know” aka dirtbags who want to climb it since it is the climber’s Holy Grail). Yosemite is super cool; the vistas are incredible and it was Ansel Adams’ favorite place. If you know who Ansel Adams is, that’s reason enough to visit. If you don’t know who he is, look him up and then you will want to visit this park. 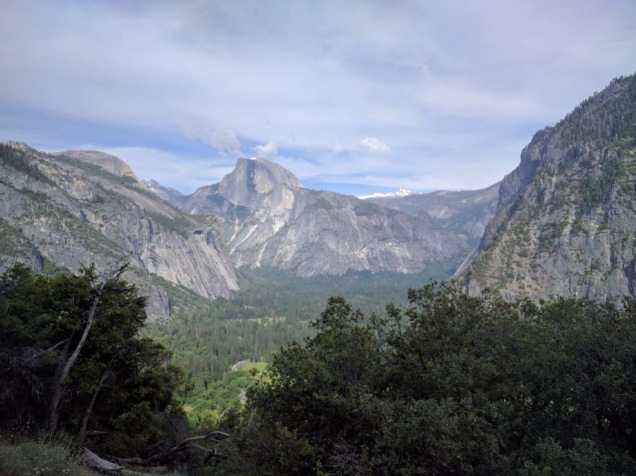 Our last stop for this edition is Lake Tahoe. We went “Sun’s Out! Gun’s Out!” and dropped the Palisades at Squaw after the appropriate amount of pole whacking. Tahoe is yet another area that has formed as a result of the Basin and Range activity. On its western side, including Squaw, are the Sierras. On its Eastern side is the western end of the Basin and Range province. The lake was formed as a combination of the subsiding crust, glaciers gouging out rock and a volcano eruption that formed a dam on the north end. These three things allowed the area to be filled with snow melt and the Mafia’s mountain retreats from their Vegas Casinos. However, unlike their very well documented relationship with Frank Sinatra, they were unaware of the large amount of faults in the area. Based on the depth of the lake and the size of the faults, there is the potential for tsunamis to occur with a height of 33 feet. There is historical evidence showing tsunamis occurring in this lake, but it doesn’t really matter when you have your yacht just a short walk out the back door of your million dollar lakefront property.

After visiting some friends, getting some showers in sporadic bursts and finally starting our trek northward, I have thankfully been able to describe different geology. Hopefully, we will be talking about active volcanoes and camping in rainforests in the upcoming posts. But, until then, the Golf is staying on the road, despite me breaking the windshield, and you are just gonna have to be satisfied with rocks from old magma and not currently hot magma.